These accidents could have been prevented if a MoorGuard Fuse had been installed. [Click on photo for accident report] 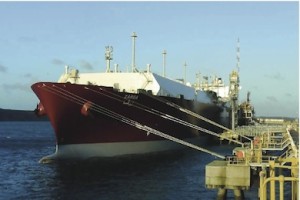 On 2 March 2015, a deck officer on board the LNG tanker, Zarga suffered severe head injuries when he was struck by a mooring line that parted during a berthing operation at the South Hook LNG terminal, Milford Haven. The officer, who was in charge of the vessel’s forward mooring party, was airlifted to a specialist head injuries trauma unit for emergency surgery.

Zarga was declared all fast alongside about 40 minutes prior to the accident and the attending tugs were let go. The vessel subsequently moved out of position in the gusty wind conditions during which time the mooring teams were fitting chafing guards to the lines. As the tugs had already been released, the master instructed the officer in charge (OIC) of the forward mooring party to tension the forward spring lines to warp Zarga back into the correct position.

The OIC positioned himself aft of the forward springs’ port-shoulder roller fairlead, and positioned a second crewman forward of him in order to relay his orders to the winch operator. As the winch operator attempted to heave in on the springs, the winch repeatedly stalled and rendered. After about 10 minutes, one of the spring lines began to rattle and creak, and then suddenly parted. The section of the line between the break and the port-shoulder roller fairlead struck the OIC on his head as it whipped back before going overboard through the fairlead. 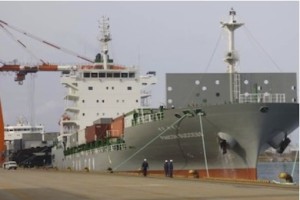 At around 20:25 on February 7, 2013, while the container ship PANCON SUCCESS with the master, chief officer and 14 other crew members onboard and loaded with 128 containers (approximately 1,500 tons in weight) was moored at Mariyama Minami Quay A in Tsuruga Port, Tsuruga City, Fukui Prefecture, one of the ship’s mooring lines was parted and subsequently struck the chief officer, who died from his injuries. 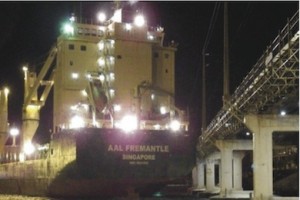 At the time, a strong wind (26 to 33 knots2) warning3 was in place for local waters, including Fremantle port. The Bureau of Meteorology (BoM) weather forecast that afternoon also noted ‘scattered thunderstorms in the late evening, possibly severe with damaging winds’.

Tides, swells and surges cause line parting and injury 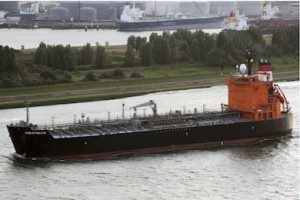 TORM REPUBLICAN took pilot on 1 Decmber 2013 at 0136 hrs. and entered the port of Bilbao. The ship was moored at Petronor Terminal, Jetty No. 1 with port side alongside with a total of 12 mooring lines.

The crew received advice on tides, mooring, swell etc. from the pilot. At the time there was a wave height of 2.4 metres and the area generally had significant tides. In addition, the location of the jetty, on the outermost end of the breakwater, meant that swell and surges from passing vessels should be expected, and as a result extra tension on the mooring lines.

Two crewmembers, an able seaman and an ordinary seaman trainee, were doing a regular inspection round on deck checking moorings, gangway etc. During the round, they took the opportunity to finish an earlier task of moving a paint drum from the deck store at the manifold to the paint store under the forecastle deck (figure 4). After picking up the drum, they walked on the port side of the deck, thus having to pass the forward spring line and one of the head lines which both led from the forward starboard mooring winch to the fairleads at the side. The trainee passed first underneath both lines, pushing the bucket in front of him. When he had passed the lines, he heard some noise, looked back and found his colleague lying injured on the deck and the mooring line broken. The able seaman was severely injured, but conscious. The parted mooring rope was located some 3 metres from the railing at the side.

You can never know the exact tension on a line 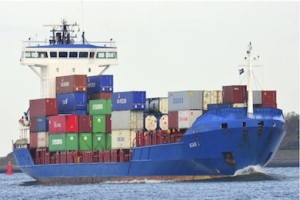 As the master manoeuvred the ship alongside, there was an increasing tension on the spring line that made loud noises from the friction between the fairlead and the rope. The crewmembers on the forecastle were concerned that the spring line would break. Therefore, the bosun positioned himself in what was considered a safe area, where he had sufficient overview of the mooring line. From there he instructed the OS to slowly slacken the spring line to minimize the tension on the rope. The other OS was instructed to prepare the head line. It took several attempts to get the heaving line ashore as the distance to the berth had slowly increased.

At 1212, the spring line suddenly parted, approximately 18 metres from the eye on the bollard, and struck the bosun who was standing behind a pillar in the enclosed part of the forecastle… The bosun was pronounced dead on board the ship. 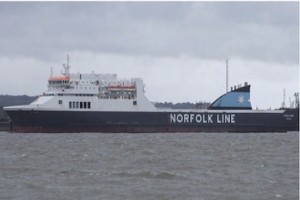 On 7 August 2007, the ro-ro passenger ferry Dublin Viking was preparing to leave her usual berth for a scheduled sailing from Dublin.  Wind and tidal conditions were benign, but in the process of letting go the stern line, the operator of the stern line winch heaved in the line instead of paying out slack.  The stern line parted with a loud crack and snapped back, striking the second officer’s legs.  Both his legs were broken and the left leg was almost severed.  The recoil of the line also dislocated a shore worker’s shoulder and elbow.

The second officer was evacuated to hospital, where his left leg had to be amputated.  He remained in a critical condition and died 6 days later. 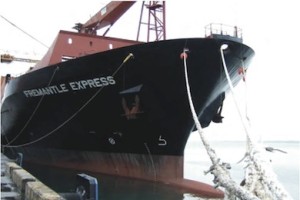 On 15 July 2011, Fremantle Express, a UK-registered container vessel, was berthing in the port of Veracruz when a headline parted under tension. The broken mooring line recoiled and struck an ordinary seaman (OS) who was standing on the forecastle. The seaman died of his injuries. The vessel was moving astern along her berth at the time of the accident, assisted by two tugs.

The MAIB investigation found that: the combined effect of the vessel’s movement astern and her bow paying off the berth had resulted in a snatch loading on the mooring rope; the rope had previously suffered abrasion damage that had lowered its residual strength to less than 66% of its original strength; the OS had stepped into the snap-back zone of the rope; and no warning had been given to him by other members of the mooring party.

Vessel or line size no guarantee of safety 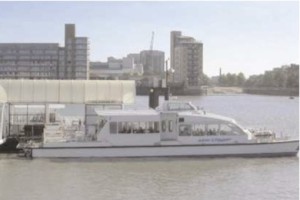 At approximately 1258, on Sunday 2 May 2004, a mooring bollard was torn from the deck of the Class V fast catamaran, Star Clipper, striking a female passenger waiting to board. The lady’s injuries were fatal.

Danger may come from another vessel 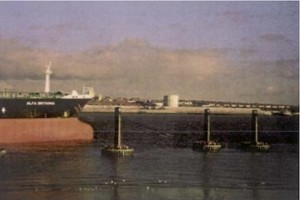 While the 56.115gt tanker Alfa Britannia was berthing at the North Stage of Tranmere oil terminal in the River Mersey, a mooring line parted, whiplashed and struck the gig-boat Osprey, causing various injuries to all of her four crew members.

The tanker was delivering a cargo of crude oil to the terminal and was berthing at the stage, which had a number of dolphins.  The first line was a breast line, which was taken to dolphin No8 by Osprey and her crew.  The wire line had an 11m long nylon tail, the eye was placed over a bollard on the dolphin  The mooring line was heaved in by the ship’s crew and made fast.  When the gig-boat was taking the second mooring line, by the ship’s side, the first mooring line parted.  The whiplash caused the line to hit the gig-boat, resulting in injuries to the crew and one in particular, who suffered multiple injuries.  Another crew member was thrown into the river but was rescued by Osprey in difficult circumstances.